Dating app Bumble is known for letting women make the first move. That power play will extend into the boardroom later this month when the woman-dominated company is expected to make its debut as a publicly traded company. CONSTELLATION BRANDS, INC. Bumble’s founder and CEO Whitney Wolfe Herd, 31, is expected to take her company […] 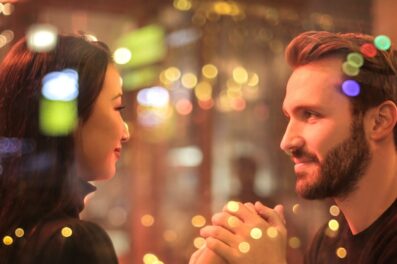 Dating app Bumble is known for letting women make the first move. That power play will extend into the boardroom later this month when the woman-dominated company is expected to make its debut as a publicly traded company.

Bumble’s founder and CEO Whitney Wolfe Herd, 31, is expected to take her company public with a woman chairman, and women occupying eight spots on its 11-member board, or more than 70 percent, a figure rarely seen in corporate boardrooms

The company said Tuesday it aims to raise as much as $1 billion in its initial public offering by pricing shares at $28 to $30. That could value the company around $6 billion, Bloomberg reported, among the highest valuations for an IPO led by a female CEO, a high-profile milestone that spotlights the growing interest in investment in women-led firms.Dating apps are using images from the siege to ban rioters’ accounts

The IPO is expected in February, Bloomberg has reported.

In taking the company public, Herd will join a small, exclusive club of female chief executives. Data from PitchBook, a private market database, shows that just 32 out of the 377 venture-backed firms that filed for IPOs between 2016 and 2020, or 8.4 percent, had a female CEO. There were just eight in 2020.

The scale of Bumble’s IPO is even more unusual. Stitch Fix founder Katrina Flake and The RealReal’s Julie Wainwright had post-IPO valuations of $1.4 billion and $1.7 billion, respectively, according to PitchBook. An analysis by All Raise, an advocacy group for female founders, found that of the top 10 tech IPOs of the last decade, 92 percent of the combined market capitalization at debut went to male beneficiaries and investors.

“The numbers speak for themselves,” said Freada Kapor Klein, a venture capitalist and diversity activist. “What’s interesting and encouraging about the Bumble IPO is obviously it’s a woman founder and CEO. But what’s also very important, as I see it, is it’s a female-focused product.”Stitch Fix goes public in the first tech IPO led by a woman this year

Known for its namesake women-centric dating app, which puts women in charge of initiating contact, Bumble Inc. also owns Badoo, a dating app with a large following in Europe and Latin America.

Herd founded Bumble in 2014 with help from business partner and Russian billionaire Andrey Andreev after a contentious departure from the dating app Tinder, which involved a sexual harassment suit that was later settled. After the private equity firm Blackstone Group purchased Andreev’s stake in 2019, Herd was installed as CEO of the reorganized company.

Klein noted that at this late stage of a startup’s growth, founders are often asking for even bigger sums. Like the venture capital firms who may write early checks, Klein said, private equity firms that may make investments later in the process are also predominantly white and male.

“You’re asking them to write much bigger checks,” Klein said. “All the obstacles you see at the seed stage are amplified at the growth stage. The fewer women who take companies public, the more reticent the check writers are, because they may have never seen somebody like you.”

Lack of venture capital funding for female entrepreneurs is often cited as a major obstacle for women to leading companies to IPOs. According to PitchBook Data, female-founded companies represented just 13 percent of all venture capital dollars deployed in the first nine months of 2020, down from 15.5 percent in 2019.

The pandemic had a disproportionate impact on female entrepreneurs, PitchBook has reported, with total deal value for female-founded companies down 31 percent, far more than the 18 percent drop across all companies.

“Funding and resources are critical, and if you don’t have funding and resources, you just don’t get your company to a level where you can IPO,” said Laura Huang, a professor at Harvard Business School and author of Edge: Turning Adversity into Advantage, in an email.

Expectations and bias can be a barrier, Huang said. “It’s difficult, or almost impossible, for women to be able to recraft and redesign themselves for each stage” of a company’s life cycle, from an early-stage entrepreneur to one who can scale the company. “Women have a particularly hard time guiding such perceptions — the amount of time and effort that it takes to be seen as a legitimate and credible product CEO makes it nearly impossible to change course.”

Huang’s research has found that women are less likely to be perceived as “late stage,” high-growth leaders than their male counterparts. Female founders are also more likely to get detailed questions focused on early-stage issues, such as breakeven points, or daily users, while men are more likely to get questions about their vision or opportunities.

As more venture capital funds cater to women-led businesses and are led by female venture capitalists themselves, some see hope for change.Walgreens’ vaccine rollout will be helmed by the only Black woman helming a Fortune 500 company

Efforts by big market players could also lead to more diversity on startup boards. A year ago, Goldman Sachs said it would no longer take companies public in the U.S. and Europe if they do not have at least one director from any underrepresented group such as gender, race, sexual orientation or gender identity. In December, Nasdaq proposed new listing rules that would require all companies to disclose the diversity of their board and require most of them to have at least two diverse directors or explain why they don’t.

Bumble’s proposed 11-member board will be nearly 73 percent women. A recent study by professors Jason Sandvik, P. Raghavendra Rau and Theo Vermalen found that between 2010 and 2018, the average board with at least one female director was made up of just 17 to 18 percent women at the time of IPO.

Kristen Hamilton, who is senior vice president of strategic partnerships at Guild Education and helped lead the company Onvia to an IPO in 2000, said that too many investors still think board members need to be pulled from people who’ve already been chief executives or chief financial officers, which limits the pool of women.

“There are walls you run up against — have you done it before? Are you properly networked?” she said. “Women have been outside of those networks for a very long time.”

Hi, am a WordPress Developer and an amateur photographer. I love to use the best tools and gear to create the best possible projects. Since I am learning what the best tools are, I want to teach others how can increase the quality of their end results.

Welcome to WordPress. This is your first post. Edit

How to Place Living Room Furniture in a Rectangular Room

Understanding the design principles of furniture placement helps you

Why the Internet Can’t Look Away From Weird Food

There are many points at which one’s understanding of

Valentine’s Day is fast approaching, and many of us